Remembering the Bloodiest & Last Great Battle of the Pacific War

Next year marks the 75th Anniversary of the Ryukyus Campaign which lasted from 26 March to 2 July 1945. The battle for Okinawa raged from 1 April 1945 until the island was officially declared "secured" on 22 June 1945 by General Roy S. Geiger. It was 83 days of unrelenting hell in paradise that claimed the lives of hundreds of thousands.

We are currently working out all of the specifics and details for our June 2020 75th Anniversary of the Okinawa Campaign expedition to the Ryukyu Islands, Japan. With that said, the major 75th anniversary commemorative event on Okinawa is happening on 23 June - the dates of our expedition will revolve around that. If you are interested in participating in our June 2020 expedition to Okinawa, to express your interest please complete and submit the following form: Expression of Interest Form 75th Okinawa. As with all of our expeditions, there will be limited spaces and interest is strong, so please get in contact with us sooner rather than later to let us know you are interested!

The latest information and updates regarding the 75th Okinawa expedition will be posted on this page - keep an eye out! 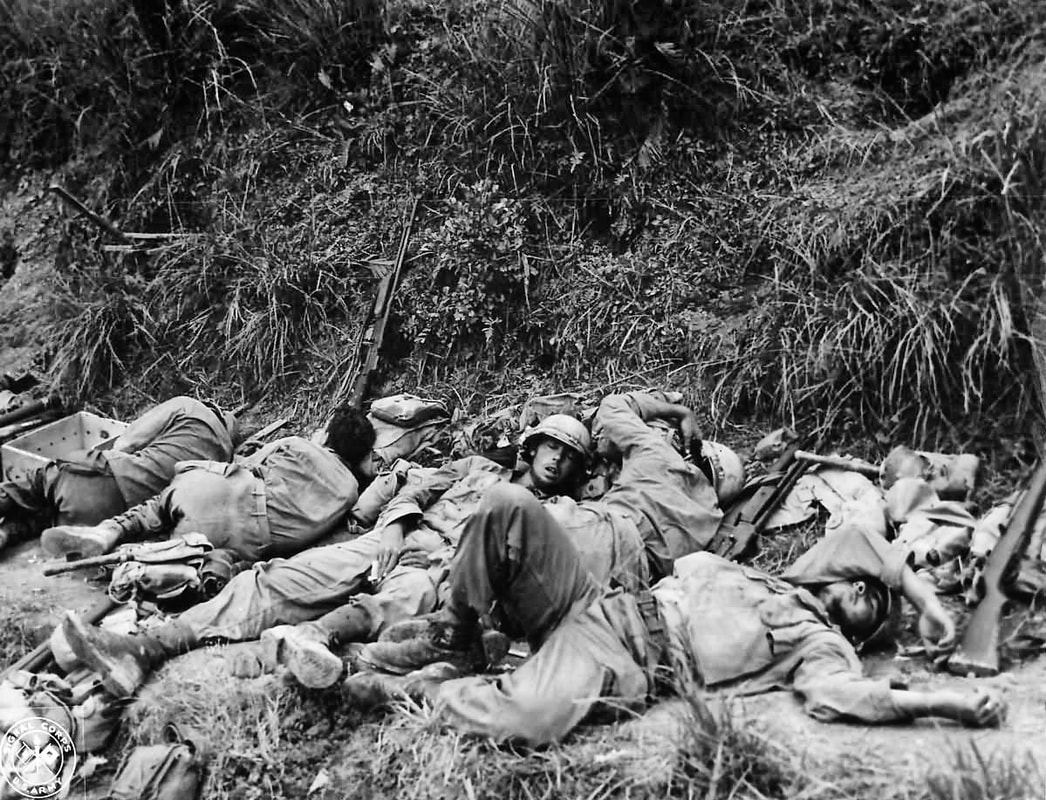 Exhausted GIs of the 96th Infantry Division get some much needed rest after capturing one of the
last Japanese strongpoints on the island, the heights of Yaeju-Dake ("Big Apple") in June 1945.